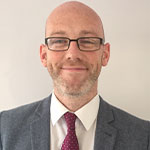 Recently, I changed internet suppliers. Now for us, this was a big deal. Like everyone else, we’re short on time to shop around. Prices are broadly similar and it’s difficult to know if the service with a new provider will be any better. Regardless, we took the plunge to save a princely £12 per month. And then it started: the texts, emails, phone calls, letters and promises of deliveries.

It was clear our new provider was just trying to be supportive and let us know they had everything under control, but this wasn’t the picture that was painted – it felt more like a mass body of departments and people not aware of what the others were doing.

And this got me thinking to one of the most insightful conversations I’ve ever had with someone (in education with a teacher, leader, parent/carer, student or outside of education). On starting a new role several years ago, I met the then Principal to introduce myself and learn more about my new role. I was excited to see what he felt the challenges were, as I felt I had a decent idea myself. He laid them out, but it was one of his final lines which really stuck with me: “…one of the major challenges that we have… is that we’re very good at broadcasting… we’re not so good at communicating…’

This line resonated then and continues to resonate. For just a second, forget about education: think about your internet, gas and electric, water suppliers; think about former, non-education workplaces – they are all guilty of this.

But what does it mean, and how do we define it? Well, there are simple similarities, and subtle differences. In both communication and broadcast, information is being shared from one source to the next (a person or group, with another person or group). The subtle difference is what comes back. With broadcast, information is one way and, regardless of response, there is little opportunity (if any) to come back. This is not to say that those who broadcast cannot receive feedback (we all remember Terry Wogan on ‘Points of View’), but that it is in the minority, and not always heard, received or acted upon.

This is where and why communication is paramount. That opportunity for dialogue is pre-built into any sharing of information, and we see much more feedback being given and then acted upon further down the line. More than this, the channel remains open for additional feedback, and it is a more dialogic process. More value is found in this process: staff feel invested in the information being shared (and the people who share it). Communication can breed loyalty and demonstrates trust in those receiving the information.

Now this discussion was pre-pandemic, but can any of us say this has improved during and post-lockdown? The government and others have attempted to communicate (with forums, focus groups and consultations), but too often this falls into the ‘broadcast’ category.

So, what is the solution to this? How do we ensure that we (as teachers and leaders) don’t fall into this trap? Well, to do this we need to begin evaluating why we want to share the information that is being shared, and what end goal we want as a result of this. When we’ve done this, we can better plan what information needs to be shared, but we also have a sense of where information gaps are. It is at this point that we can begin to build in opportunities for feedback and discussion, to fill in those gaps.

A common example, from my former life as a Secondary English teacher, was an email would be distributed to the entire department to remind everyone to complete a task – even those who had done it. The broadcast was ineffective as it left those who’d completed the task feeling resentment (and a sense that leadership were unaware of who had and hadn’t completed the task). Better, then, to approach the staff who had not completed the task and ask why it had not been done. Issues with workload? Other priorities? Did they need more information to complete the task? Suddenly, there is an opportunity to communicate with people, identify any challenges and resolve them, creating a more effective (and positive) work environment. Clearly, it is not this easy, or there would be no broadcast, but situations like this happen every day and we need to find the time to use them.

By no means do I think that I don’t broadcast when I should communicate – it is often easier to do this – and I have fallen into this trap many times – but we must make time to differentiate between both and identify what will most support our colleagues.

Jonny Kay is Head of Teaching, Learning and Assessment at a college in the North East. He has previously worked as Head of English and maths in FE and as an English teacher and Head of English in Secondary schools. He tweets @jonnykayteacher and his book, 'Improving Maths and English in Further Education: A Practical Guide', is available now.