We are searching for the best education professionals

Ursuline High School, Wimbledon is an OFSTED outstanding, voluntary-aided, comprehensive high school for Roman Catholic girls from 11-18 under the Trusteeship of the Catholic Archdiocese of Southwark. Situated in the heart of Wimbledon, we are within easy access of excellent transport facilities and students come from across South London.

Merton schools are top in England for Progress 8, the Ursuline has been in the top 5% for 4 years and has a tradition of academic excellence, addressing individual needs and service in the spirit of St Angela. The curriculum equips girls with skills for the modern, global world and develops them as independent and critical learners and confident communicators.

We have a fantastic campus, from specialist rooms for Food Technology and Science to  computer rooms for I.T. Our recently refurbished St Angela’s Arts Centre houses all of our  drama, art and music rooms, with an impressive gallery. Ursuline Sixth Form and Wimbledon  College have worked in partnership since 1986 and the joint Sixth Form has over 600 students.

Sorry, we are currently not recruiting for any vacancies

We would love you to join our Talent Pool so we can contact you when the right vacancy arises.

The staff are very supportive towards each other with a great camaraderie existing throughout the school with a number of social events that are open to all. In addition to this, benefits include the following:

We share a collective responsibility for ensuring that every student does as well as she possibly can. We believe that be providing the best care, guidance and support for our students’ academic and pastoral needs, every girl is enabled to be her best.

We value staff who strive to always:

When you come and work at Ursuline High School, you will be able to benefit from a structured and comprehensive professional development programme. Your first year in post will be crucial to ensuring your success as a member of staff, besides our NQT programme we have a mentoring system in place to ease you into the structures and systems of the school and give support in your first year with us. There are excellent working conditions for all staff and opportunities for professional development.

• A mentor programme for all newly qualified teachers joining us

• CPD training for all staff from NQT to Senior Leadership 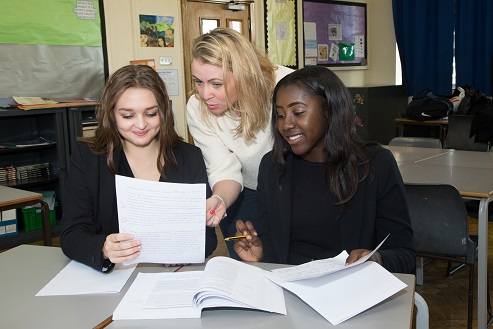 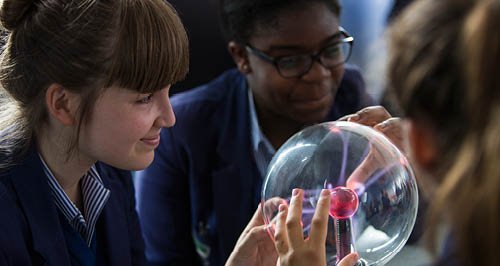 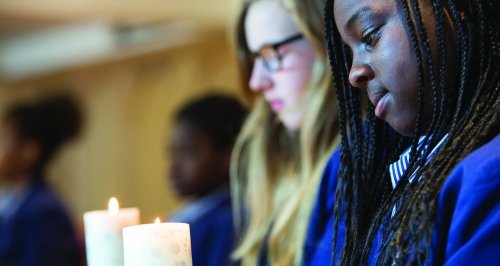 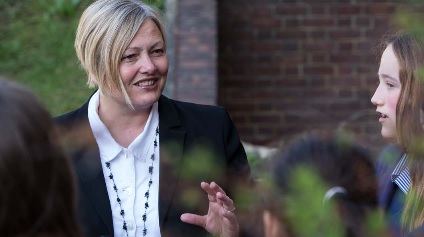 Living and Working in Wimbledon

Ursuline High School, Wimbledon  is situated in the London Borough of Merton, between Wimbledon and Raynes Park.

The closest main railway stations are Raynes Park, Wimbledon Chase and Wimbledon which are all within a comfortable walking distance. Wimbledon Station is also a terminus for the District Line of the London Underground network. Frequent trains run to Waterloo Station, (journey time 15 minutes). The Tramlink service connects Wimbledon, Merton and Croydon, and there is an extensive bus network.

Merton also has entertainment in abundance. There are also a great deal of outdoor spaces to enjoy in the borough of Merton, such Wimbledon Common, Cannizaro Park, Morden Hall Park, Wimbledon Common and Dean City Farm. Wimbledon has its own theatre and an annual Bookfest.

There is also ample opportunity for sporting and fitness activities, including a number of gyms including David Lloyd and Virgin Active, Wimbledon Racquets Club as well as Wimbledon Hockey Club, golf clubs and netball clubs to join.

Where you can find us